Make healthcare accessible for everyone: Looking for new models in Greece

By Konstantina Zoehrer on Tuesday, April 8, 2014 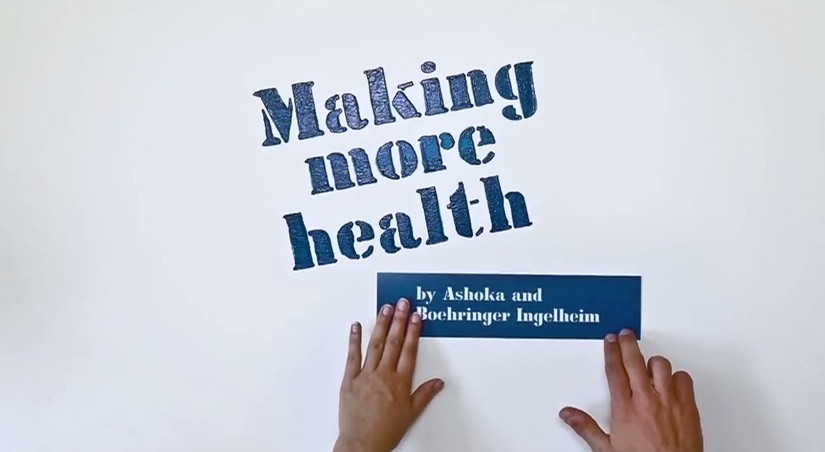 The current economic situation in Greece has drawn attention to structural problems in the healthcare system, resulting in more people losing access to health services and treatments, through increasing costs and limited resources. This heightens the need for new low-cost and efficient models that make health care accessible to all, and promote new approaches to preventative care. Ashoka has found social entrepreneurs around the world who lead the way in developing these new models. Now is the time to learn from their insights, and identify changemakers in Greece who are piloting new ideas.

Jordi Martí simplified the process for blood testing, to make diagnosis of preventable diseases more affordable for disadvantaged communities, and to offer a new solution for poorly funded health systems. His new Dry Blood Spot Screening technology offers an easier, faster and low-cost way to identify critical risk factors of non-communicable diseases, making screenings accessible to more people. (Video). He began pursuing a career in the diagnostic industry after serving in the intensive care unit of the military hospital during his military service, and observing many cases where patients and families changed their future plans due to preventable diseases.

Jordi, who shared his model in Greece in September 2013 through The Impact Series, was elected to the Ashoka Fellowship in Spain in 2011 through the Ashoka – Boehringer Ingelheim Making More Health partnership.

In Greece, programs in the health sector targeting treatment, support and prevention were dramatically cut in recent years. The economic crisis and resulting spending cuts and rushed structural reforms brought attention to a strong systemic dysfunction in the health sector, as well as the status of health and access to healthcare for people in Greece. The rise in unemployment increased the number of people without access to health services.

As people look for new ways to help those who cannot afford services or medicine, social and community clinics and pharmacies operating through donations and volunteer efforts of health professionals, are opening one after the other throughout neighbourhoods and from urban to rural areas. The problem is particularly severe in rural areas and smaller towns, as there is a shortage of medicine, medical equipment, and available medical professionals in public hospitals. The president of the Hellenic Nurses Association recently reported that one in four nurses are unemployed and there has been a spike in nurses applying for jobs outside Greece (source).

There is still a need for new models that offer low-cost access for communities in Greece, and will help make the national healthcare system bring cost-effective and quality services to the population throughout the country. For example, the mental healthcare system has been drastically affected. Depression and suicide each increased close to 40%, while funding for mental health was cut by more than half, according to a 2014 report in The Lancet In addition, according to Business Monitor International’s “Greece Pharmaceuticals & Healthcare Report Q1 2014” the country has the highest per capita pharmaceutical spending in Central and Eastern Europe, while spending on healthcare declined and the government is shifting more of the spending burden to citizens.

Ashoka and Boehringer Ingelheim partnered to identify new, sustainable solutions and trends in health, by supporting social entrepreneurs (Making More Health Fellows) like Jordi Marti and Josh Nesbit, who is reinventing the role of the community health worker, and introducing mobile phone-based solutions to strengthen rural healthcare systems through his organisation, Medic Mobile. Jordi, Josh and other MMH Fellows lead the way in new trends in health, with a focus on prevention and well-being models, using technology and training schemes as tools, and introducing volume-based models and market-based models to extend access to health care.

Ashoka and Boehringer Ingelheim hosted two global changemakers competitions, as part of the The Making More Health partnership, to source new ideas in the field of health, and we are bringing this approach to Greece. Winning projects included The a platform that enables patients to connect with researchers who need participants for life-saving clinical trials, through a participant-controlled health data registry; a project packaging simple medicines into drink crates, to use the supply chains of companies like Coca-Cola to save lives in underserved rural areas in Africa; a nonprofit with a business model that allows it to deliver quality dental care to children covered by the US government health care program for low income families and individuals; and a social enterprise that trains and employs low-income village women outside of Bangalore to become community health workers that provide low-cost diabetes diagnostic services in rural communities.

Boehringer Ingelheim Hellas and Ashoka Greece invite you to submit your ideas and projects in Destination: Change. New Solutions for Greece, or nominate someone else’s, that are finding new ways to make health accessible to everyone in Greece.